Action
★★★★ The awesome Zombie Age series returns with a lot more of savage zombies, deadly weapons and unique heroes. Enjoy the zombie slaughter with your own style. And If you’re about to look for a stunning zombie shooting game, look no further! ★★★★

Action is the most favorite gaming genre in video games. Gamers love action and like to play action games for hours. In recent years most of the top chart games belong to action and shooting  Without getting into the reasons, we can assume that these are the popular most category in video games. There are hundreds of titles that gained immense popularity in this category. Action and shooting seem to be a perfect recipe for a game these days. After the introduction of smartphone gaming, it became very easy to make continuous action due to the ease of controls. Lately, many popular action games were introduced exclusively for mobile phone platforms. There won’t be an action game lover who won’t like to shoot out at hundreds of zombies.  So let’s take a look at the 3rd game of Zombie Age Series.

Zombie Age 3 Shooting Walking Zombie: Dead City is a very popular action game developed and published by DIVMOB located in Ho Chi Minh City, Vietnam. It is the third game in the series Zombie Age. Earlier two titles were Zombie Age 2: Survival Rules and Zombie Age. Zombie Age 3 is available for both Android and iOS. The present version for Android is 1.7.6 and the iOS version is Version 1.3.3.  The free version of the game can be downloaded from Google Play Store and Apple App Store. The free version contains ads and offers in-app purchases. The in-app purchase of the product can range from $0.99 to $99.99 per item. The game can be played on Android devices running Android version 4.1 and later. You need an iPhone, iPad, or iPod Touch running iOS 10.0 or later to play this game.

The thrilling Zombie Age series returns with even more ferocious zombies, lethal weapons, and special heroes. Enjoy the zombie apocalypse in your own unique way. And if you’re looking for a visually spectacular zombie shooter, look no further.

But how long can you hold on when you’re completely outmanned?

What are you willing to go through?

Continue to play as a lone hero, murdering all of the walking dead along the way?

It’s no longer about surviving the zombie apocalypse; it’s about prevailing in this battle.

In Zombie Age 3, the third installment of the iconic series, pick your weapon, aim carefully, and try to survive exciting games filled with the undead. If you like zombie games, give this one a shot and see if you can make it through all of the difficult stages!

In Zombie Age 3, as in the previous two games in the series, your objective is to kill every last zombie while exploring desolate streets in ravaged cities. Shoot carefully and see how long you can endure the almost never-ending onslaught of zombies.

Over 30 arms and a variety of zombies are included in Zombie Age 3. Try to find out each zombie’s weak point as you progress through the levels so you can destroy them as quickly as possible… before they kill you. As you advance through the stages, the difficulty increases, with more zombies to defeat and increasingly difficult final bosses. If you don’t level up your character and gain enough money to upgrade your weapons, you might as well transform into a zombie.

You can gain money by cracking open items or killing zombies, but make sure to put it to good use by buying new, more powerful weapons or upgrading your character’s traits. You’ll be able to live longer, destroy more zombies, climb the global leaderboards, and complete all of Zombie Age 3’s most challenging levels this way!

Zombie Age 3 is packed with amazing weapons but these are locked when you begin the play. To get those unlocked, you have to earn money to purchase and unlock the exciting stuff. If you want to buy your desired weapons, that is a long journey. The Zombie Age 3 Mod APK download here gives you the option to get unlimited money and all unlocked weapons. You get all the items unlocked right from the start. It’s a directly installable APK file for Android devices that is tested to be 100% safe and free from viruses and malware.

We know you like to shoot, and if the opponents are zombies and that too in a large number, you would definitely love to pull the trigger often. Zombie Age 3 Mod APK is here with unlimited money and amazing weapons. So grab your gun and pull the trigger to be a part of this thrilling adventure. 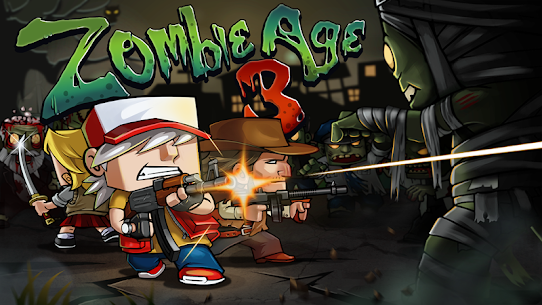 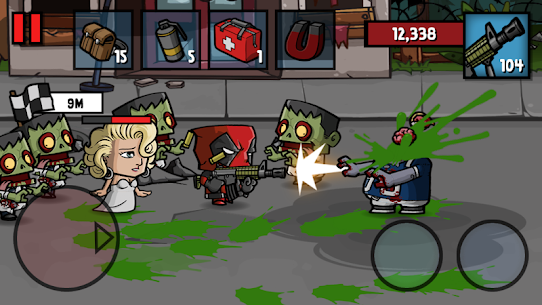 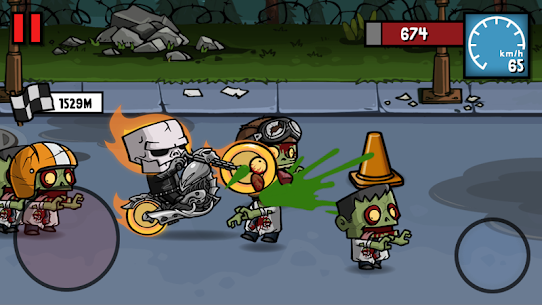 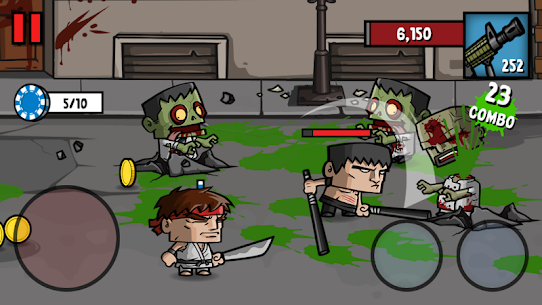 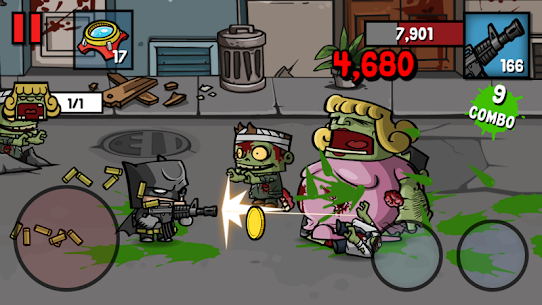