0/5 No votes
Report
Developer
Fredrik FornwallVersion
0.44
Updated
September 29, 2020Requirements
7.0 and up
Size
2.7MGet it on

You must have heard about Open Source and Linux. Everyone related to IT in any way has some acquaintance with these two. Those who are not directly related to IT are also supposed to come across these two in some way. The word “open source” initially referred to open source software (OSS). Anyone can see, modify, and distribute open-source software, which is code that is intended to be publicly available. Peer review and community production are used to produce open-source software in a decentralized and collaborative manner. Because open-source software is developed by groups rather than a single author or corporation, it is often less expensive, more versatile, and has a longer lifespan than proprietary software.
Linux is the favorite operating system of geeks. From network administrators to developers, from hackers to cybersecurity professionals, everyone likes Linux for its open-source support and features. Linux gives you the control you need over your device. This makes Linux the operating system of choice for professionals. For software developers and coders, sometimes it becomes necessary to test apps and codes in Linux based environment. This gives them much more flexibility. The open-source applications require a Linux environment for debugging, testing, and deployment experimentation. Linux is a popular operating system for PCs and servers. Most of the IT geeks prefer Linux for its flexibility and increased security. Linux is also the favorite operating system for people involved in hacking and manipulating computer networks. As Android is also an open-source platform so Android development has a lot to do with Linux and Open-Source platforms. Keeping these in view Linux emulators are developed for the Android platform as well to give them the necessary development environment on their mobile phones to perform software development and testing tasks. Let’s take a look at the one.

Termux is an Android terminal emulator and Linux environment app that works directly with no rooting or setup required. A minimal base system is installed automatically – additional packages are available using the APT package manager. The apt package manager is used to install required packages after a small base system has been downloaded. To learn more, long-press anywhere on the terminal and pick the Help menu option from the drop-down menu. The app offers several improvements over the standard Android Terminal Emulator, including access to a large library of Linux packages that can be installed directly from the device, as well as some keyboard shortcuts that have been remapped to the volume and on/off buttons. It’s also compatible with a variety of external keyboards.

OpenSSH’s ssh client can be used to connect to remote servers. Termux is a wonderful open-source solution that combines standard packages with precise terminal emulation.

Choose from Bash, fish, or Zsh, as well as nano, Emacs, or Vim. Examine the contents of your SMS inbox.
Curl is used to access API endpoints, and rsync is used to backup your contact list to a remote server.

Can you think of a more powerful but elegant pocket calculator than a Python console powered by readline? Perl, Python, Ruby, and Node. js are available.

Ready To Scale Up

Connect a Bluetooth keyboard and, if necessary, an external display to your device – Termux has full mouse support and supports keyboard shortcuts.

Clang is used to compile C files, and CMake and pkg-config are used to create your own projects. If you get stuck and need to debug, GDB and strace are both available.

The Termux is an Android app that is not directly available for PC but can be installed through a trick. You need the Android APK installable file of the Termux. To run this APK file you need an Android emulator. For example, you can get BlueStakes or NoxPlayer for this purpose.
Before you begin, you must first download the apk installer file from the download button given on this page.

Installing Termux Windows On Your PC With BlueStacks: A Step-by-Step Guide

Installing Termux On Your PC With NoxPlayer: A Step-by-Step Guide

Can I get Termux on my Windows PC without Android Emulator?

No, right now it is only possible to get this app running on your PC with an emulator.

Is it safe to install an Android emulator on my PC?

Yes, it is absolutely safe to have the emulator installed on your PC.

If you are a developer or power user that requires a Linux shell terminal on your Android device, you should be installing Termux. It is the best Linux terminal for Android. You can enjoy this great utility on your PC by downloading and following the instructions given above. 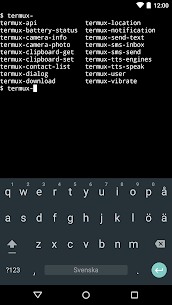 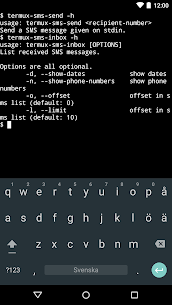