Simulation
Our newest update gets you to the good stuff 2x faster!

Video games have been here for the last seven decades. In these years the games have seen a great transformation. Starting from few boxy dots making Tic Tac Toe,  now video games have evolved into life-like realistic graphics. This is not limited to the interface and graphics but the theme and gameplay have also evolved to a new level. Now computer games offer you real-life experiences and situations. Simulation games have become a very popular category in video games over the last few years. Simulation games come in various formats that include machines and humans. The most popular categories of simulation games include Biological simulation, Social simulation, Construction simulation, management simulations, and Vehicle simulations. Social Simulation games are very popular among people of all age groups. These games are based on life-like situations and characters which make the user get immersed into the game. One can relate themselves to the game in a way that they become a part of the game.

The episode is a simulation game that is available for mobile platforms. The game is developed and published by Episode Interactive. It is offered for both Android and iOS devices. The game is available in both free and paid versions. The basic version of the game can be downloaded from Apple App Store and Google Play Store for free. The free version contains ads and offers in-app purchases. The in-app purchases can range from $0.25 to $99.99 per item. The present Android version 14.31 can be downloaded to an Android device running on Android version 6.0 or later. The latest iOS version is 14.20 that can be installed on an iPhone, iPad, or iPod Touch running iOS 9.0 or later. It can also be installed on the Mac running macOS 11 or later with an Apple M1 chip.

The Episode is the world’s largest series of interactive stories where YOU choose your fate, with billions of reads. Alternatively, you may become a creator and write your own.

What is the mechanism behind it?

You can not only read your favorite stories, but you can even write them! On Episode’s website, you can write and post your own interactive stories, racking up millions of views in the process.

Episode – Choose Your Story is a story adventure in which you can create your own student who has just started high school. You communicate with a variety of characters at this new school, including the main characters from the film Mean Girls. The first step is to make your avatar, which includes giving her a name and designing her appearance. You may choose from a variety of hairstyles, face forms, noses, lips, eyes, and other features. You may also wear a variety of outfits. It’s time to start the adventure once you’ve chosen your protagonist. In Episode: Choose Your Story, your goal is to simply star in the story in whatever way you like. That is to say, there are no decisive moments in which you can win or lose; instead, you simply alter the story based on your choices. You can make this or that friend or fall in love with this or that person depending on the choices you make throughout the chapters. You can also solve puzzles and dress up your character in new outfits.

Diamonds, the main game currency, are required to make decisions at a specific point in the plot. If purchased with real money, diamonds can be very costly for the player. To save you from this we have come up with Episode Choose Your Story Mod APK, which will provide you with an infinite amount of diamonds. You can make an option in each story using this currency.

How To Install Episode Mod APK

How do you get unlimited passes on the Episode?

The Episode Mod APK download available on this page gives you unlimited passes and gems.

Is it safe to install Episode Mod APK?

Yes. It is 100% safe to install. The Episode APK Mod is scanned to be free from all kinds of viruses and malware.

You have been a good story-teller, now is the time to live in your stories. The Episode is an amazing simulation game that will give you an immersive gaming experience. The Episode Mod APK will give you unlimited gem to smoothly play the uninterrupted game. 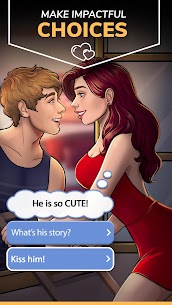 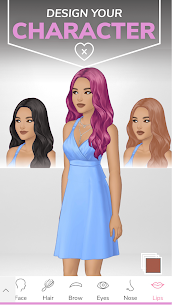 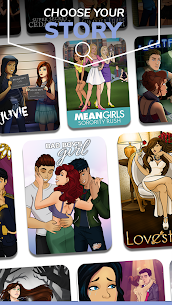 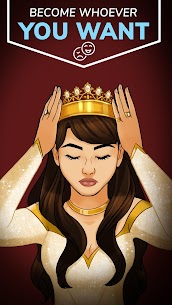 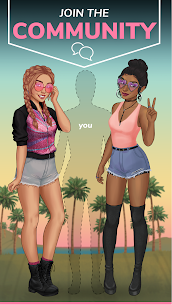