Music is the universal language. There are people who just can’t live without music. Music is like oxygen to them. They can’t spend their time without music. No matter they are playing, driving, jogging, relaxing, partying, or even studying, music is an essential part of their lives. Now you can imagine music going everywhere with you.

This is because of the digitalization of music. This is something, which was hard to imagine only two decades ago. When music was available on analog media, it wasn’t an easy task to carry music with you. Though Walkman can be considered as the pioneer of portable music but that was too limited as compared to the music today. Analog media like cassettes were too bulky, even bigger than the video player today. The capacity was yet another issue as a cassette was not capable of holding more than a dozen music tracks. Digital compressed music which we all know as MP3 now was developed in the late 80s but became commercially available by the mid-90s.

In the year 1999, digital music players based on MP3 technology became commercially available. That was the beginning of the true digital music revolution. Now you can carry all of your music libraries (thousands of track) on a USB drive not bigger than an eraser. With the introduction of MP3 computers became the central part of the entertainment.

It became very easy to copy, transfer and port music to multiple devices. That was the time when media player applications started surfacing. The early era of digital music is marked by many amazing music players like Winamp and JetAudio. These players gave the user the options like synthesizers, equalizers, and analyzers which were only available at expensive premium-grade hardware. When music made its way to mobile phones, it has already become very sophisticated in terms of quality and compression. Almost all smartphones nowadays come with a built-in music player.

BlackPlayer EX is a 3rd party music player for the Android mobile platform. It is developed and published by FifthSource. It is a freemium application, which means it is available as a limited option free version as well as paid premium featured version. The latest free version available on Google Play Store is 3.08 which can be installed on an Android device running Android version 4.1 or later. The free version contains ads and some scaled-down features.

BlackPlayer EX is the premium paid version of BlackPlayer. Besides being ad-free there are multiple premium features that can only be found in the BlackPlayer Ex version.

The BlackPlayer EX can be download from Google Play Store for $5.99. To let you enjoy this premium app we’ve come up with the BlackPlayer EX Mod APK. It is a directly downloadable APK file that can be easily installed on your Android device. It is absolutely free to download and installed and offers all the premium features of BlackPlayer EX for free.

If you want to enjoy the high-quality audio and professional features of a desktop media player right from your Android smartphone, BlackPlayer Music Player is your best bet. With the free BlackPlayer EX APK, you can enjoy the premium quality features of the paid application for free. So plug-in your headphones and turn up the volume to enjoy your favorite tracks. 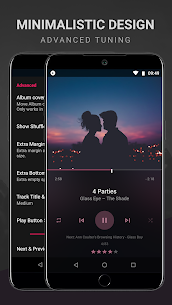 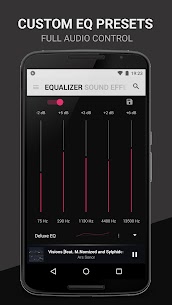 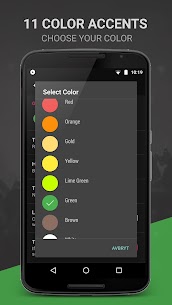 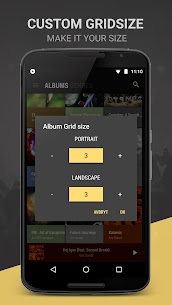 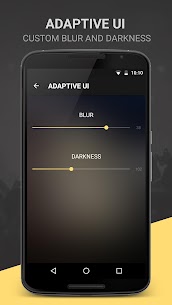